From DataFlex Wiki
Jump to navigationJump to search 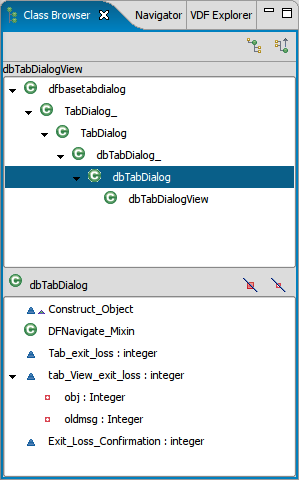 The VDF Tools for Eclipse, written by T. U. Resheim started out as a simple JavaCC grammar for FMAC/ICODE some time in 2002. When wanting to actually use the grammar late in 2003 it soon became clear that it would be not quite suitable. The parser was thus rewritten for VDF7 using ANTLR. At the same time a decision was made use the Eclipse platform that offered everything required in the form of an excellent framework.

VDF Tools works more or less like any programming language IDE. It has a parser that builds an index or metadata model of the code. These data forms the foundation of a number of features such as: